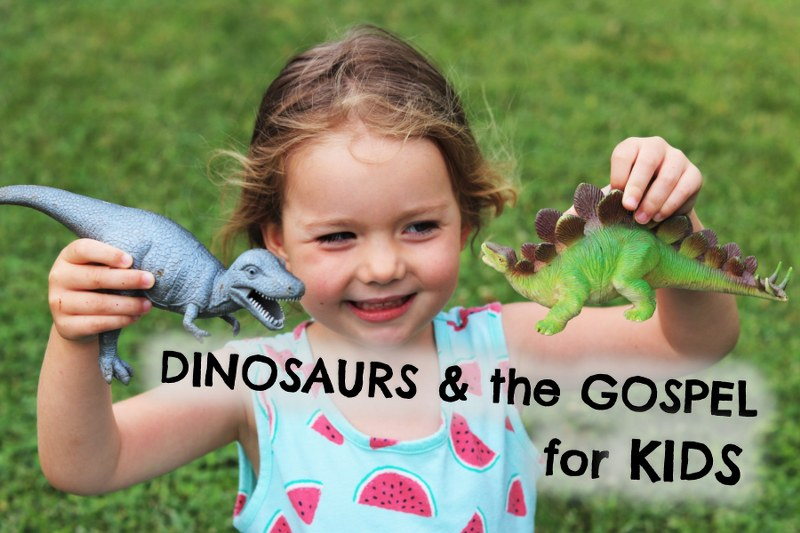 “What’s your favorite dinosaur?” That’s a question most adults never ask each other. It’s like they don’t even care! Thankfully I serve in children’s ministry; the mysterious lost world where dinosaur mania is alive and well. Kids are fascinated by dinosaurs and experience has taught me that talking about dinosaurs is a great way to connect with kids and even share the Gospel! It’s easy, especially if you have a DINOmite acronym to help you! That’s right, the word DINO can actually help you prepare to appreciate and use dinosaurs as the amazing Gospel opportunities they truly are!

D is for DISCOVER

Before you can talk with kids about dinosaurs you need to discover them for yourself. Don’t worry, you don’t need a paleontology degree. Most kids love dinosaurs, but don’t really know very much about them (And thanks to a popular cartoon, some kids even refer to them as *gasp* “Sharp-Teeth, Long-Necks, and Three-Horns!) so it’s fairly simple to learn a few fun fossil facts to fascinate them. You can start with some of the more well-known dinosaurs made popular by cartoons and movies. Here are some fun facts to get you started. Let the discovery begin! 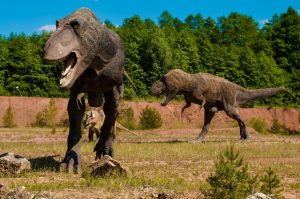 This big guy is probably the most famous of the dinosaurs, which is appropriate since his name means “Tyrant Lizard King.” T-Rex was about as long as a school bus and as tall as a giraffe. Many kids will likely be surprised to learn that T-Rex used to live right here in the USA and Canada! (So far, T-Rex fossils have been discovered only in North America.) This large lizard had big claws plus about 60 serrated (saw-edged) teeth that could grow back if they were lost or damaged. 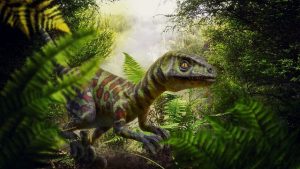 Movies like “Jurassic Park” have made this little guy a larger-than-life movie star, but kids may be surprised to learn that Hollywood stretched the truth and made velociraptors more than twice their actual size! (Sorry if I just ruined your childhood.) Velociraptor’s name means “Speedy Thief” and it was actually about the size of a big turkey with a long tail and probably weighed about as much as a preschooler. 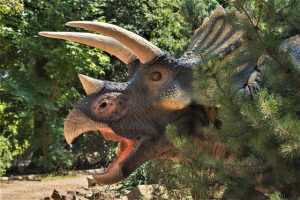 Most kids don’t know that this dinosaur’s name actually means “three-horned face” or that the radical reptile’s horns and frill (the shield-like thingamabob on the back of its head) changed shape as they grew and grew and GREW with the maturing animal! Scientists have discovered fossilized triceratops horns over 3 feet long! This elephant sized creature had a big head, and not just because its abundant fossils made it one of the most famous of all dinosaurs, but because its head was literally bigger than that of any other known land animal!

If you’re looking for dinosaur resources to engage kids with God’s Word, I recommend “Dinosaurs for Kids” by Ken Ham and “Dinosaur Tracks” by Nathan Hamilton (Yeah, that’s me! I wrote a lesson about dinosaurs for kids. Dreams really do come true! You can check it out at the CEF Press DINOstore!) I also recommend the website answersingenesis.com/kids.

Discovering simple facts about dinosaurs is a great way to connect with kids which brings us to the next step! The letter “I” stands for…(drumroll please)…something really brilliant, but to find out what it is you’ll have to read Dinosaurs are Good News for Kids part 2 where I’ll show you practical ways to put your new-found knowledge to use.

But before you go, I’m wondering; what’s your favorite dinosaur?