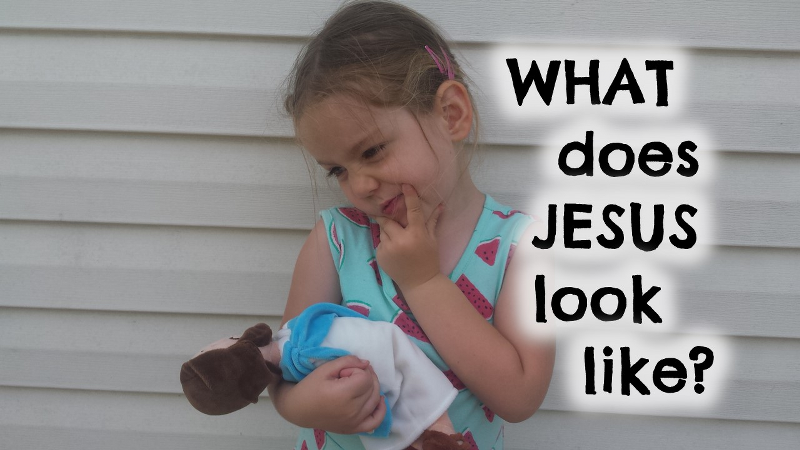 “Daddy, is Jesus brown?” My princess asked as I put her to bed (It’s amazing how theologically curious my offspring suddenly become when it’s time for lights out.) If you teach kids, maybe you’ve also been asked some variation of the question, “What did Jesus look like?” Even kids who never go to church often see so many different depictions of Christ that they’re curious to know what He really looked like.

Many really smart people have tried to answer this question and have even studied bones of ancient Jewish men to try to reconstruct Christ’s appearance. (Check out this article from The Gospel Coalition to see the picture they came up with.) The Bible doesn’t give a complete description of Christ’s appearance, but it does give us some clues that I have found useful when answering this question for kids. Here’s the answer I’ve given lots of kids, including my own. (This answer focuses on His physical appearance during His earthly ministry which is what kids are usually referring to when they ask what He looked like.)
What did Jesus look like?

God didn’t give us any pictures of Jesus and the Bible doesn’t tell us exactly what He looks like, but it does give us some clues.

First, the Bible tells us which family of people Jesus came from, the Jews. Most Jews have skin that’s a bit browner than mine, but not dark brown. Their eyes and hair are darker colors like brown or black so Jesus probably looked like that too. I think His hair was probably shorter than what you’ve seen in most pictures (See 1 Corinthians 11:14.) and maybe He had a beard, but we don’t know for sure.

The Bible also says, “he had no form or majesty that we should look at him, and no beauty that we should desire him.” (Isaiah 53:2b ESV) This is a clue that Jesus looked like a normal person. He didn’t stick out from the crowd by being super handsome, super tall, or super different. He just looked like an ordinary guy.

What Jesus thought, said, and did, is WAY MORE important than what He looked like. He came to show us what God is like. He lived a perfect life and showed God’s love by dying for our sin and coming back to life so we can be saved from sin and live with God forever!

Summary: Jesus looked like an ordinary Jewish guy, but He is the awesome Savior King who showed us what God is like!

That’s how I handle this question. It’s short and simple enough for a pint-sized princess who’s trying to procrastinate during bedtime, but also deep enough for older kids and even adults who’ve asked me the same question. Have you received other questions about the physical appearance of Jesus from kids? I’d love to hear their questions and your response in the comments.